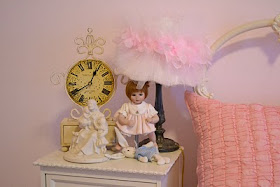 We are all moved in and the decorating has begun.  Well it has barely even started.  First unpacking boxes.  Sadly I still have about 1/3 of the boxes left to finish.  I  just am waiting for my husband to not work a million hours a week so I can have a little help :)

Anyways....I digress!  My daughter insisted on having a lamp for her own.  That and an alarm clock (which I haven't bought her yet...oops)  Of course I have a ton of lamps, but the one I thought that would be perfect the lampshade was not so pretty anymore.  Here's how to do a tulle and boa makeover to a lampshade 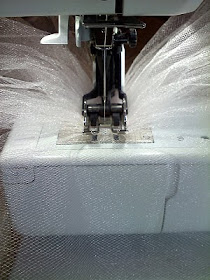 First I cut tulle the width of the lampshade.  I think I cut the length of the tulle 4 times to go around a semi small lampshade.  Then I stuffed it through my sewing machine.  I sewed it down the middle cause I wanted it to be a bit flared.  You could also do it on the ends and then it would be more fitted around the lampshade 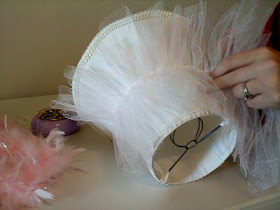 Then we hot glued the tulle to the lampshade.  We just eyeballed the middle but you could measure if you wanted.  My tulle ended up going around 2 times around the lampshade. 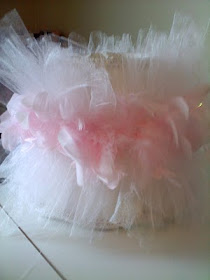 Then we measured how long we needed from out boa glued it down. 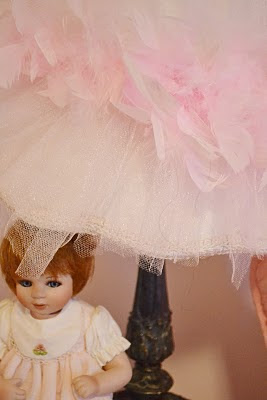 Isn't it lovely.  The best part is that she loves it!  She shows everyone and tells them how terrible the lampshade was and how great it looks now!  She cracks me up! 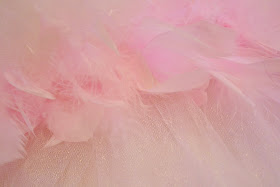